A lot of people can’t wait to get a nose job and feel good about their new nose. Unfortunately, things don’t always work out the first time. You may end up unsatisfied with how your new nose looks or have trouble breathing after your first rhinoplasty.

Revision rhinoplasty is a second nose surgery that focuses on fixing the problems from a botched nose job. The first time you get a rhinoplasty, you may notice that your nose looks crooked, too big, too small, asymmetric, or that one nostril is bigger than the other.

After a primary rhinoplasty, a revision nose job can address any remaining cosmetic problems, fix new nasal deformities, undo some of the changes to the nose, and improve breathing.

Dr Stephen Kleid is one of the leading revision rhinoplasty surgeons in Melbourne, Australia. He makes it his personal mission to give his patients the successful nose job they should’ve had in the first place. 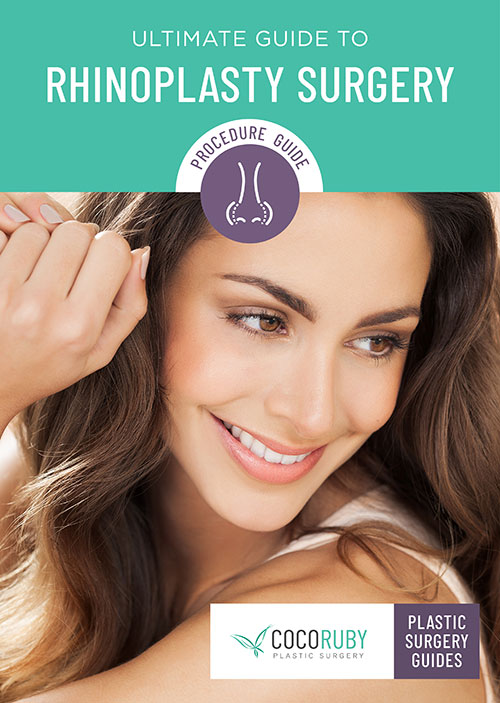 What is a Revision Rhinoplasty?

A rhinoplasty is a surgery to make your nose look better, fix your breathing problems, or both. When the results of the nose surgery do not meet the patient’s needs and expectations, they may require a second nose job, (revision rhinoplasty), to fix problems.

Secondary rhinoplasty is a cosmetic procedure for patients that have previously undergone one or more nose surgeries. Patients looking for a revision rhino usually hope to :

A nose job usually involves manipulating the cartilage and bone, reshaping the septum, adding or removing tissue, and altering the nostrils and nose tip. This can make a revision rhinoplasty challenging. Your surgeon will need to keep in mind the changes already made to the nose during the first surgery which can limit the second surgery.

Dr Kleid has an outstanding record in performing successful revision nose jobs that improve both the structure and function of the nose after it has healed from a previous rhinoplasty.

Who Needs a Revision Rhinoplasty?

Getting a second nose job is more common than you might think. Patients who have worsened breathing after their septoplasty or are unhappy with the results of their rhinoplasty often consider getting another nose job.

You may be a candidate for a revision rhinoplasty if you’ve experienced the following problems after your first rhinoplasty:

10% of all patients complain that their breathing became worse after rhinoplasty surgery. These breathing problems can be new or residual (already existing problems that persist after surgery).

When a patient has trouble breathing after a nose job it’s usually because of:

In some cases, patients get the feeling that their nose is blocked after a nose job. The scars and loss of mucosal sensation following nose surgery can cause a loss of warm and cold sensations in the nose. This can lead to a blocked nose feeling even when the nasal pathway isn’t obstructed.

Problems with how the new nose looks

Unfortunately, getting a nose job doesn’t always leave you with the aesthetic results you were hoping for. Patients seek revision rhino after a botched nose job when the new nose has:

With the right planning and sufficient experience, your surgeon can minimize the possibility of unsatisfactory results after your surgery.

Sometimes the nose rhinoplasty goes smoothly and everything is in place. Nevertheless, the healing process doesn’t go as planned. Things that can go wrong while you’re healing from a nose job:

It’s true that there is the possibility of undesirable results with any cosmetic surgery including rhinoplasty. However, an experienced plastic surgeon can avoid problems like breathing obstruction, asymmetry in the nose, and disproportional nasal features by choosing a good approach (open or closed rhino ) and the right technique (types of grafts and sutures used).

How is Revision Rhinoplasty Performed?

The process of a Revision Rhinoplasty is similar to that of a primary nose job.

First, you will go under general anaesthesia. Then, Dr Kleid will gain access to your nose tissue using one of the two techniques:

After accessing your nose, Dr Kleid will be able to use surgical manipulation, cartilage grafts, and/or synthetic implants to:

Dr Kleid can also reconstruct your nose after an unsatisfactory rhinoplasty by:

After the nose is sculpted into a new satisfying shape, your wounds will be closed and your nose will be splinted.

You can never be 100% sure how your nose job surgery will turn out to be. Nonetheless, you can be sure you have the best odds when you choose an extremely skilled and meticulous surgeon to perform your revision surgery.

Why Is a Revision Rhinoplasty Challenging?

A second rhinoplasty can be even more challenging than the first one because:

Dr Kleid takes the time to understand the procedures used in your previous nose job and the complications that resulted afterwards. That way, he is able to give you a more successful rhinoplasty surgery that satisfies your original and new needs.

What is the Best Timing for a Second Rhinoplasty?

If you’re unhappy with the results of your nose reshaping surgery, you might feel like you can’t wait until you get another surgery to fix it. But you keep in mind that the nose is vulnerable after rhinoplasty and you should wait for it to completely heal before getting another nose job.

Surgeons recommend you should wait for at least 1 year before getting a second rhino. This will give your nose enough time to recover and be ready for a second surgery.

Also, during the first 12 months after your rhinoplasty, the nose will continue to gradually heal and change until you can see the final results of your nose job. By that time, some of the problems that were bothering you about your nose might not be there anymore.

However, first, you may not accept the shape of your new nose right away. But if you give it some time, you might become familiar and comfortable with how your nose looks and begin to love it.

What is the Cost of Revision Rhinoplasty?

It’s not easy to determine how much fixing a failed rhinoplasty will cost before a consultation.

During your visit, Dr Kleid will give your nose a thorough examination and determine the extent of work required. Based on that, he will be able to give you an estimation of how much you’ll need to pay for your second rhinoplasty.

Normally, the fees will be a lot less if your nose needs only slight adjustments in comparison to more extensive revision surgery.

Should You Get a Second Nose Job?

You may feel scared or worried about getting a revision nose job after a failed rhinoplasty. Sometimes you can’t help thinking what if the second nose job fails as well?

Every cosmetic surgery has a risk of failing; it’s rare, but unfortunately, it can still happen. You shouldn’t give up on getting the nose you’ve always wanted and you should definitely not give up on fixing your breathing problems.

Control the things you can. A second rhinoplasty is more complicated and requires more skill to make up for the problems from your primary nose surgery. Make sure you choose a highly skilled surgeon with extensive experience in revision rhinoplasty to perform your surgery. A surgeon who has done many second nose jobs will be able to properly reshape your nose for the last time.

Is Revision Rhinoplasty Worth It?

According to the thousands of people who got second nose jobs, revision rhinoplasty is definitely worth it.

A failed nose job can leave you feeling even less confident than you were before getting the surgery. So the satisfaction and self-esteem gained from a successful revision nose job will be doubled.

You won’t only feel good about how your nose finally looks, but you’ll also be able to breathe better and sleep better. It’s a win-win surgery.

When can I breathe normally out of my nose after rhinoplasty?

It usually takes 1-3 weeks before you can feel more comfortable breathing after your nose job. Though, nasal congestion can persist for several months. Follow your surgeon’s instructions on how to use a nasal spray to clear out your blocked nose during recovery.

When can I see the final results of my nose job?

Your nose will continue to improve as the swelling goes down during the first couple of months of recovery. 3 months after your surgery, most of the swelling should be gone and your nose will look dramatically better. However, it can take up to a year to see the final results of your rhinoplasty; by then any residual swelling will have subsided.

How many nose jobs can I get?

There isn’t a set limit to how many revision rhinoplasty procedures can be performed. Nevertheless, with every new surgery, there are new risks and new complications that can arise. Also, the nose becomes more and more vulnerable with every nose job.

How soon can I get a revision rhinoplasty?

Typically, you should wait 12 months before getting a second nose job. Nonetheless, the waiting period can be cut down to around 6 months if there is a severe nose deformity (e.g. dislocated implant, collapsed nostrils).

Risks and complications in rhinoplasty – PMC

Functional and Aesthetic Factors Associated with Revision of Rhinoplasty – PMC